Vistorta is a historical village situated in the region of Friuli Venezia Giulia, in the northeastern part of Italy, where the Brandolini family has lived for more than 600 years.
The farm or “azienda agricola”, was created in 1872 with a long term vision of modernity from Count Guido Brandolini. He was one of the first to plant Merlot in the area after the phylloxera plague. They were also producing corn and wheat and breeding silkworms, and selling the products at local markets.
The contemporary history of Vistorta estate starts in the 1960’s, when Counts Brando and Cristian Brandolini d’Adda, Brandino’s parents, decide to live at Vistorta after getting married. They started renewing the villa and the garden, collaborating with the English garden architect Russell Page, which, even today, still attracts tourists from every part of the world.
In 1985, Brandino Brandolini starts leading the 4th generation of family winemakers in Vistorta. After graduating with a degree in Agronomy at Texas A&M University, he started his career in wine at one of his family’s Bordeaux estates, Château Greysac. The collaboration with winemakers George Pauli and Philippe Dambrine caused him to focus mostly on the Merlot grape in Vistorta vineyards.
In 2005, the Vistorta project converts to organic farming. The entire farm, which has some 220 hectares, became certified organic in 2008. 2009 was the first certified organic wine vintage. In the vineyards, Vistorta uses only sulfur and copper, fertilizing with green manure and compost. The work in the winery focuses on the natural development of the best characteristics of higher quality grapes, with the help of certified products and selected autochthonous yeasts. In the remaining areas of the farm, Vistorta follows an attentive schedule based on cover crop rotation, to always enrich soils (such as vetch, white mustard and clover in customized mixtures).
Covering 37 hectares, the vineyards are planted with both white and red varietals: Merlot, Pinot Grigio, Friulano and others typical of Friuli region. The average vineyard age is 30 years, but there are also some historical vineyards of Merlot and Friulano too. Merlot is Vistorta’s heritage and passion. It covers 14 different small parcels with N/S sun exposition and 45msl. The oldest vineyard, called Ridiel, was planted in 1918.
Winemaking at Vistorta is performed with relatively simple, minimalist oenological facilities that allows the whole process to flow harmoniously, from harvest to bottling. In In the winery, three rooms contain vitrified concrete vats that are used throughout the different winemaking stages of both whites and reds. These different-sized vats allow for flexibility, custom tailoring the wines from every vineyard. In the barrel-bottle room, the prestigious Vistorta reds are aged, frequently using French oak barriques and big barrels. This creates long lasting and wonderful vintages of both red and white wines.
View Sales Material VISIT BRAND WEBSITE 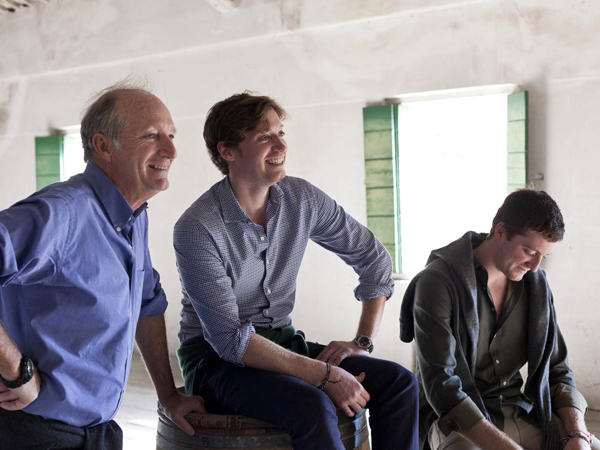