Among the over 1,280 chilean wines Tim Atkin tasted on 2018, the acclaimed British critic and Master of Wine picked two of ours: Reserva de Familia Cabernet Sauvignon 2016 from Santa Carolina and Pinot del Cerro 2015 from Viña Casablanca. Both wines were rated with 94 points and earned the “Wine of the Year” award in the critic’s “Chile 2019 Special Report”.

Tim was in our wineries in December of 2018 and, along with our winemakers - Andrés Caballero and Alejandro Wedeles of Santa Carolina and Gonzalo Bertelsen, of Viña Casablanca - tasted the best of each of them. This recognition rewards the great work done by our winemaking teams and ratifies the path taken by our company.

Reserva de Familia Cabernet Sauvignon 2016 is a wine sourced from the Maipo valley that consists of 97% Cabernet Sauvignon and 3% Merlot and is aged for a minimum of 14 months in oak barrels. The 2015 vintage of this wine was recognized as one of the three best wines of 2018, according to the "The Enthusiast 100" ranking of the American magazine, Wine Enthusiast.

Pinot del Cerro 2015 is an icon wine of Viña Casablanca. This Pinot Noir is sourced from vineyards that grow on 30 to 70-degree slopes at the top of the hills in the winery’s Nimbus Estate. This wine was also recognized with 92 points by James Suckling. 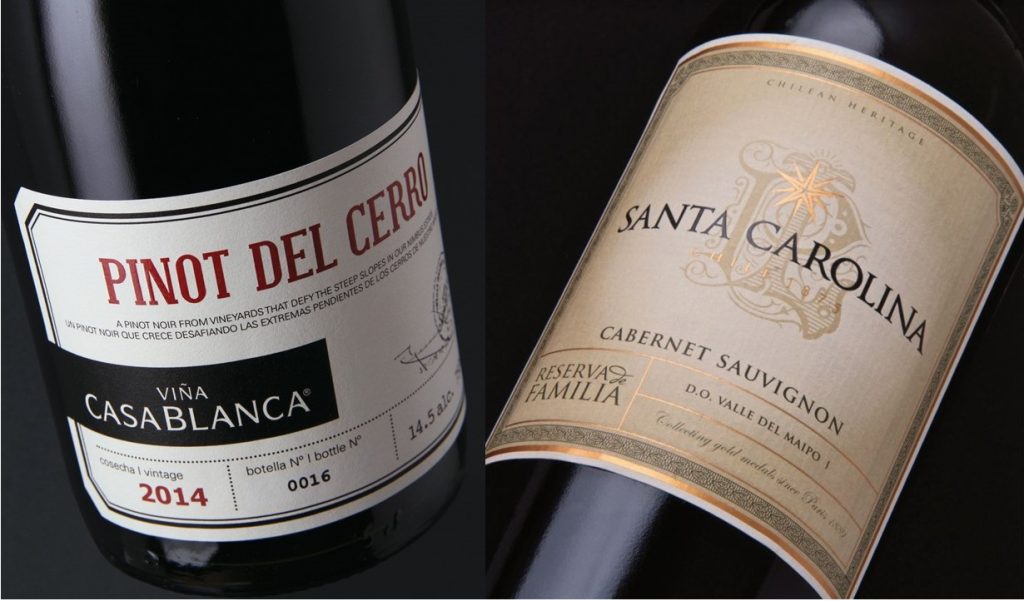 SANTA CAROLINA, ONE OF THE BEST PLACES TO VISIT IN SANTIAGO